There have been numerous attempts to formalize Kenya’s identity through dress—we know of two National Dress Campaigns in which the public were asked to vote on national dress designs that were constituted by the best fashion designers of their time. The results of these campaigns have never been adopted by the public, and there has been no attempt to investigate the reluctance of the people to adopt these design-by-committee outfits. Our guess is that the unspoken identity issues play a major role in the inability of Kenyans to agree on what design represents them comprehensively as a people.

This context has created a situation where Kenya’s textile history remains patchy. Our most famous textiles have more to do with Kenya’s interaction with other cultures than it does with internal cultures. For instance, the famous Maasai shuka resembles Scottish tartan, raising questions about when and why the Maasai traded in their leather garments for commercial cloth. The kikoi fabric, also a famous textile from the East African coast is said to have been used by Arab merchants as a sarong before being adopted by the Swahili people to become one of the most famous African fabrics. The other famous fabric—the kanga or leso —is said to have been derived from the handkerchief squares the Portuguese called Lenços (as early as the 1850s women in the coastal regions of Kenya and Tanzania were buying uncut linen squares from Portuguese traders, which they would stitch together to create the unique, rectangular fabric).

In addition, these textiles are now primarily manufactured outside Kenya, raising even more questions about their authenticity (an increasingly prevalent question in a globalized world—where do things come from , the manufacturer or the designer?). By the late 1800s, kangas were machine printed in Europe and India using designs created both locally and internationally, and are now mostly manufactured in China and India. The shuka cloth is now manufactured in Dar es Salaam and China, and has also inspired collections by global brands such as Louis Vuitton, Calvin Klein and Ralph Lauren (with little reference or economic consideration for the Maasai people).

The comments to this entry are closed. 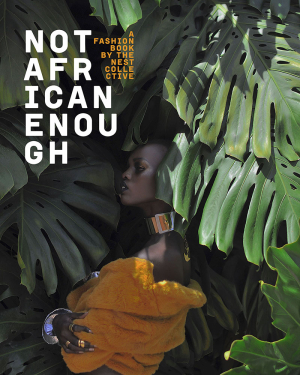